An NRI owned company celebrates its third Queens Award in style to pay tribute to India and Britain.

The party was attended by over 40 members from both Houses of Parliament and the European Parliament along with the Acting High Commissioner of India, HE Rajesh Prasad.

Over 800 guests attended this glittering celebration, which included prominent people from the world of business and sport, overseas clients, suppliers, staff and friends who came together to celebrate this unique achievement. The Great Room of the Grosvenor House Hotel looked even more magnificent than usual with splendid decoration and lighting. Live dance performances were provided by the world famous Karan of K Spark Entertainment and guests were also entertained by the famous magician, Magic Singh, as well as other artists.

The event was opened by Reena Ahuja, daughter of Dr. Ranger, who welcomed everyone and described her father not only as a successful businessman but also as a philanthropist. She gave a video presentation to show the work her father does to enrich community and country.

Mr. Harmeet Ahuja, Head of Operations at Sun Mark Ltd. praised Dr. Ranger’s vision, which has taken Sun Mark from a start-up to a world class company in just 15 years. It now trades with over 100 countries. He thanked the staff, customers and suppliers for making a winning team.
He then gave a video presentation showing the Lord Lieutenant of Greater London, Sir David Brewer CMG, JP, presenting the third consecutive Queen’s Award for Enterprise to Dr. Rami Ranger MBE, FRSA, on behalf of Her Majesty the Queen.

Dr. Ranger thanked everyone present and said that no one makes it alone. As a result he owed a great deal to many people who helped him along the way. He paid tribute to his late mother who single handedly brought him and his siblings up after the tragic assassination of his illustrious father during the partition of India as he opposed its breakup on grounds of religion. He also thanked his adopted country, Britain, for its sense of tolerance and fair play where an ordinary immigrant like him could realise his ambitions and become an asset for his family and country. He thanked his wife, Renu, for supporting him when he had embarked upon his business career. He acknowledged that since business was a game of people, without his loyal staff he could not have achieved as much. He also thanked his customers and suppliers for supporting him.

After his vote of thanks Dr. Ranger received a standing ovation from the audience.

The speeches were followed by dinner, courtesy of Ragamama and music was provided by Ritzy Roadshow; the guests danced till the early hours. 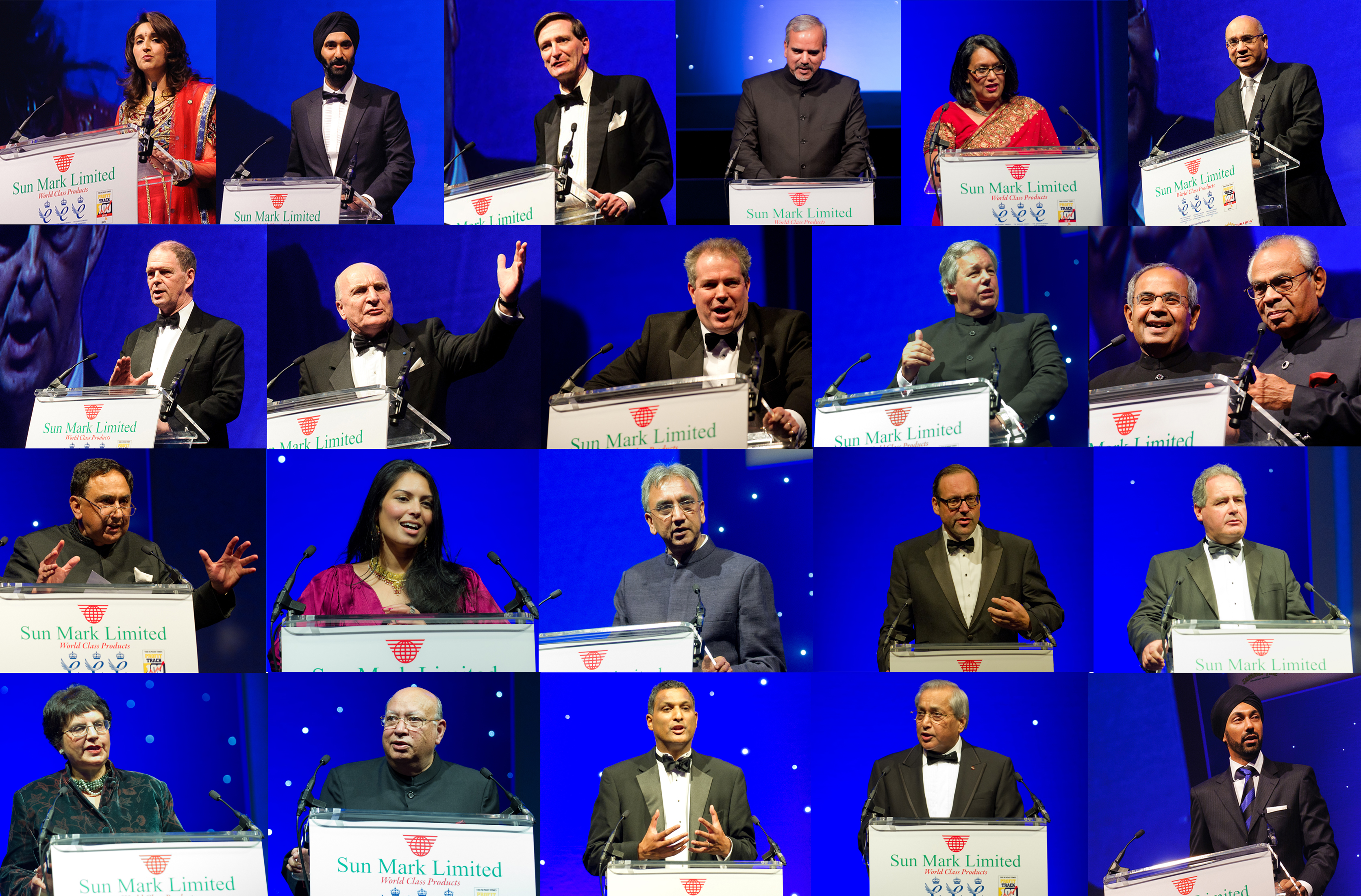 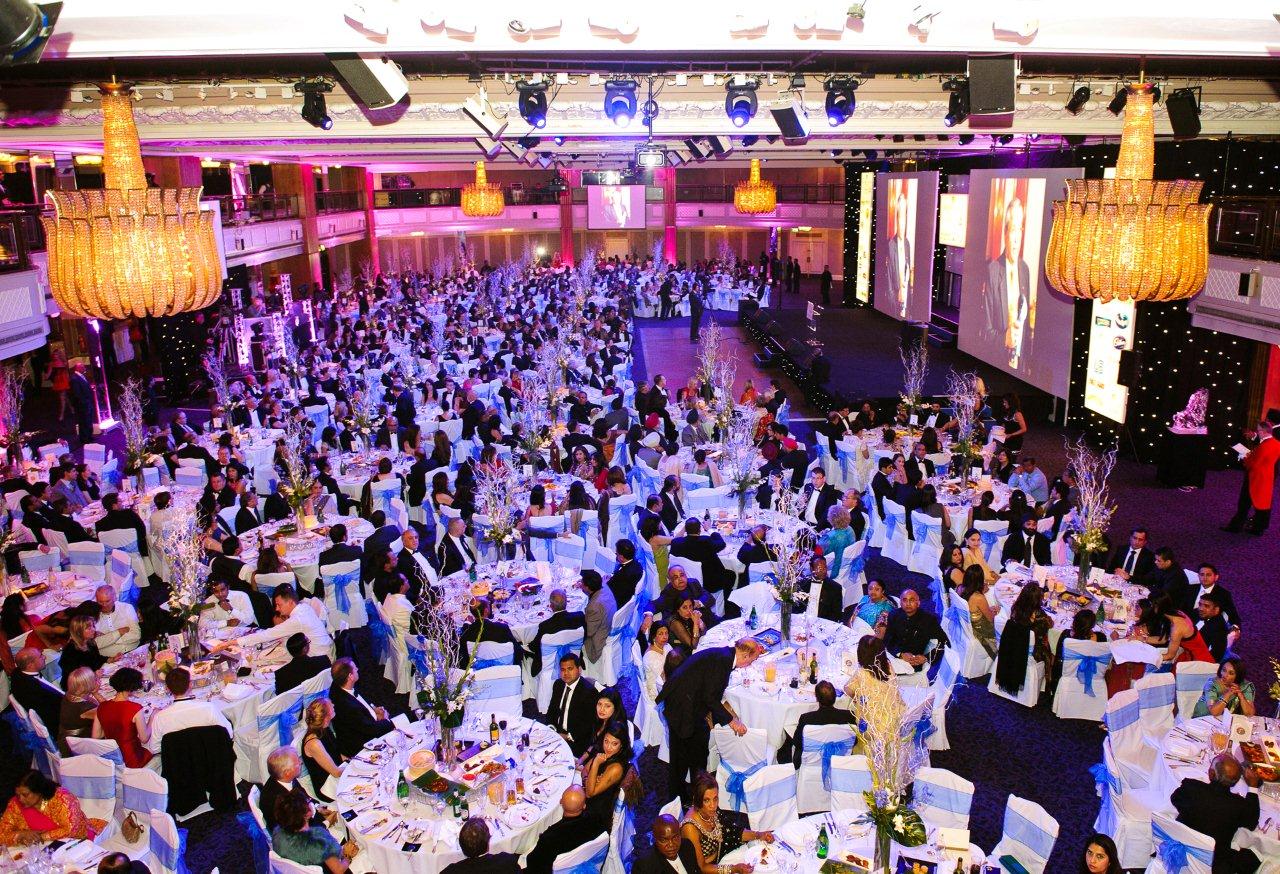 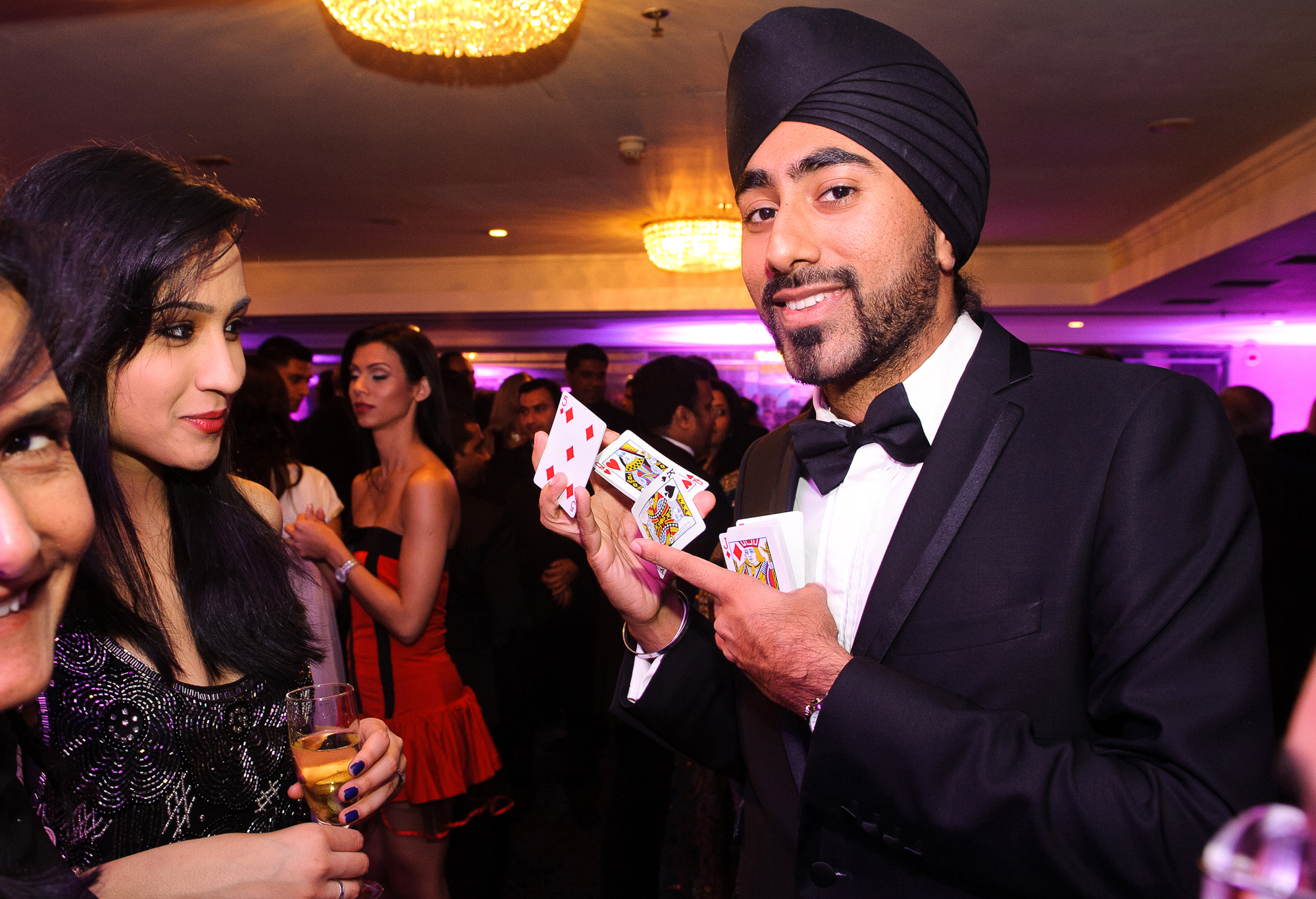 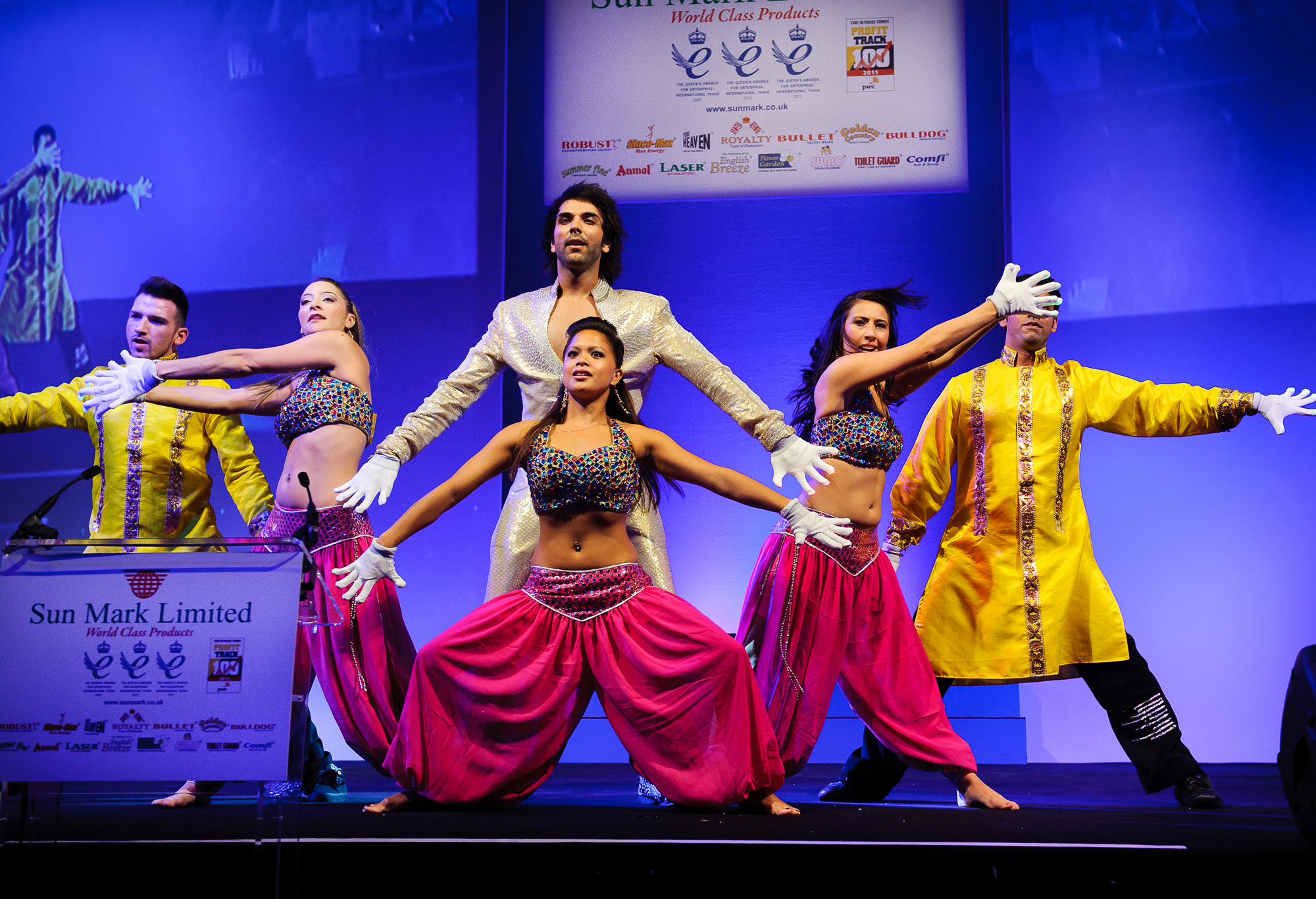 Karan and the K-Spark dancers with their dazzling performance 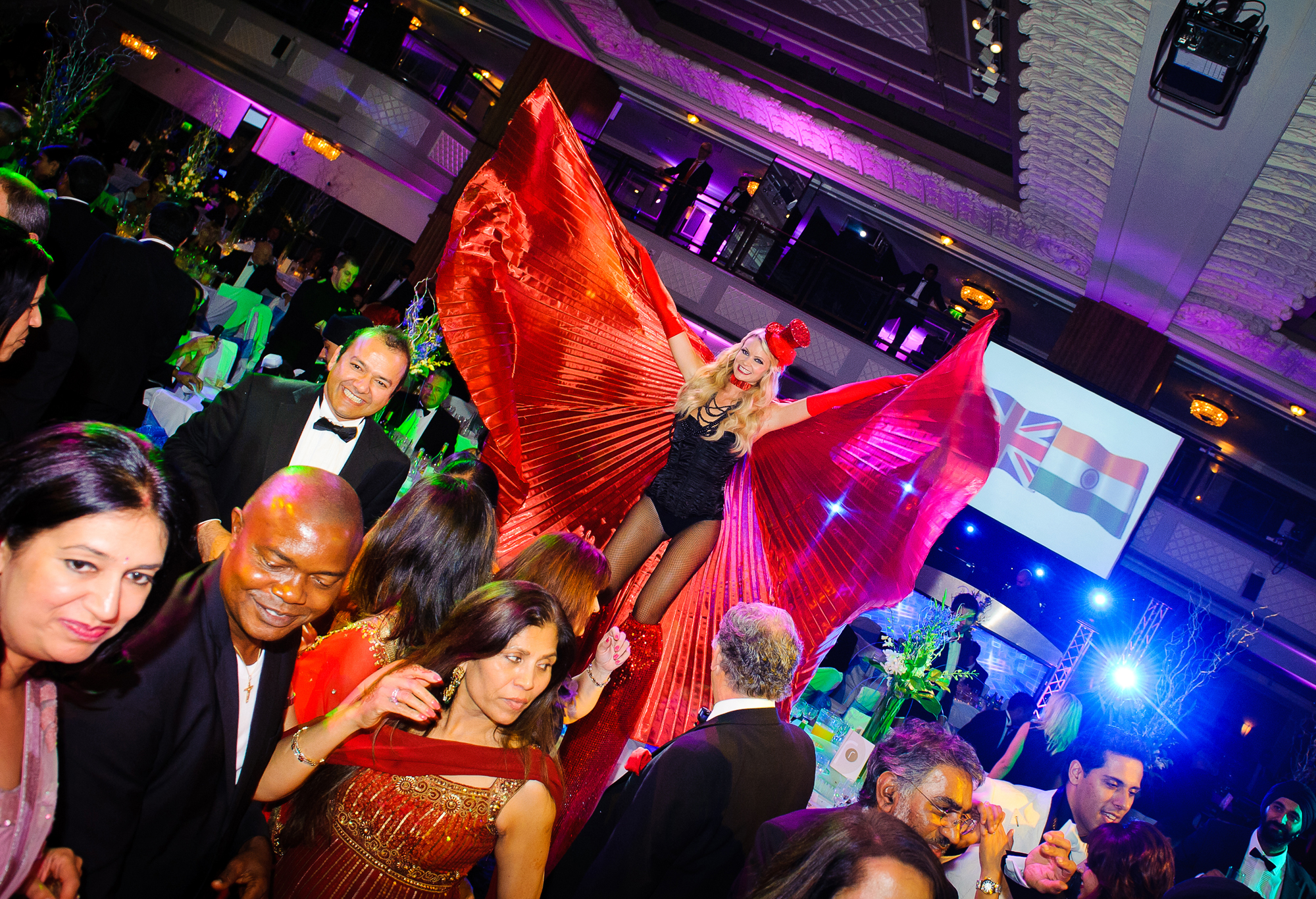 Stilt walker dancing with the guests